The Science Behind How Yoga and Meditation Can Change Your Brain

Yoga and meditation have made their way into the Western culture of fitness and wellness more recently, despite the fact that they are both timeless practices rooted in many Eastern cultures for centuries. Even if you don’t practice Yoga or meditation regularly, you can easily relate to the gratification of a good stretch or that peace that comes from clearing your mind while taking some deep breaths. But is there more to it all that’s really going on inside our bodies aside from some mental clarity and muscle toning? Or are there quantitative mental benefits one can actually receive from these practices?

The short answer is Yes. Both Yoga and meditation have been proven to benefit not just the body, but to make physical, proven changes in the brain chemistry as well, thus improving your overall mental health in alignment with your physical well-being.

The powerful effects of Yoga on your brain

Let’s start with Yoga. In more recent years, neuroscientists, biologists, researchers and medical professionals of different backgrounds have taken a closer look at epigenetics and seen the transformative ways in which the brain plays a larger role in our body’s performance and capacity to manage stress, think and operate as an entire unit. Psychologist Michael de Manincor explains evidence of this on the short documentary The Science Behind Yoga, in a study which looked closely at the role Yoga played against symptoms of anxiety and depression disorders. The participants in the study included a group who performed a new treatment of Yoga regularly versus a control group of conventional treatment with prescriptions. Participants were shown to have a staggering 33% reduction in key indicators of anxiety and depression for the Yoga group versus the control group on traditional treatment. Over time there were less incidents of negative events associated with these mental disorders compared to those on the classic treatments. Another exciting takeaway from this experiment – the average time spent practicing Yoga was only 12 minutes a day.

If you knew that only 12 minutes out of your day is all it takes to change your brain and your mind for the better, would it be more obtainable?

If you’re still not convinced – research provided by Harvard health experts might also change your mind. MRI’s and research compiled by Nueroscientist Gaëlle Desbordes and Psychologist and Psychiatric Instructor Benjamin Shapero of Harvard Medical School and Massachussettes General Hospital Drepression Clinicals and Research Program, examined the aftermath of “mindfulness” or meditation on specific parts of the brain. Scans demonstrated a visual reduction in the amydgala, or fear center of the brain, on students who had undergone several weeks of a Mindful Meditation training.

Another study performed at the University of Utah analyzed the body’s relationship to pain as it relates to performing Yoga. Subjects included 12 Yoga practitioners and 14 patients with Fibromyalgia, as well as 16 regular participants for the control group. MRI scans looked at the part of the brain that demonstrates activity related to pain tolerance and perception. Participants with Fibromyalgia showed lower pain thresholds in MRIs in comparison to those who performed Yoga regularly, and showed a higher tolerance than average to pain. In other research conducted on the subject matter, scans that looked at grey matter, the components of the brain that are responsible for memory storage functionality of interpreting senses and self-awareness, were all shown to be higher for people who are skilled in music, or for roles such as taxi drivers, who are frequently navigating through traffic and remembering locations and times. Another group who demonstrates higher grey matter in the brain? Yoga and Meditation participants.

The proven reduction in anxiety, impulses, and negative thinking

When we look at meditation, a lot of the benefits of Yoga frequently overlap, due to the nature of the breathing practices and the focus required. The same most recent source notes that through the practice of controlled breathing and postures, grey matter in the brain is increased, therefore resulting in an increase of mental activity and activation between the hippocampus and prefrontal cortex. Those parts of the brain help overcome things like impulses and negative emotional tendencies, decision making and evaluation, focus and concentration, and self-awareness. Furthermore, the increase in GABA (gamma-aminobutyric acid) a neurotransmitter that helps your brain respond to stress by suppressing over-excitement, has been shown to increase by 27% from Yoga. And when it comes to reducing stress and anxiety levels, both practices have been shown to be even more beneficial than walking.

The underrated power of breathing

It’s also noted in The Science of Yoga, that the power of breathing is one of the most underrated tools we can use to reduce our stress. As we slow our breathing and fill our lungs from one breath to the next, studies have repeatedly indicated a reduction in blood pressure from methods of yogic breathing and meditation. As blood pressure dictates the sympathetic nervous system, this trickles down as the messenger of stress hormones which implicates a reduction in stress symptoms throughout the entire body.

Tiny habits that add up to a healthier picture

In the art of performing a simple balancing routine, or holding a pose for an extended moment while synchronizing this with our breath, we learn to associate this technique of deep and slow breathing in moments of physical response to challenges. Outside of the Yoga Studio, this can render invaluable when we can tune-in and respond to outside stress factors in the same response. Likewise, with meditation, the act of observing our thoughts rather than being caught up in them, can help us learn to control our mind and our response to situations. If we can start to acknowledge our negative or defeating thoughts and feelings as if they were a channel on the radio, in which we can turn the dial whenever we need to a clear, more upbeat station, it can make all the difference in changing our attitudes and behaviors every day. It will always be a working practice to manage natural stress and negative circumstances, always lacking perfection. But at the end of the day, the more control you have in your mind, the more control you will feel in your life, an incredibly powerful tool that has always been there and can be tapped into at any time.

The Future of Fitness is Changing, and How a Hybrid Virtual Model Will Lead the Shift 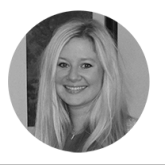